How to deal with toddler tantrums 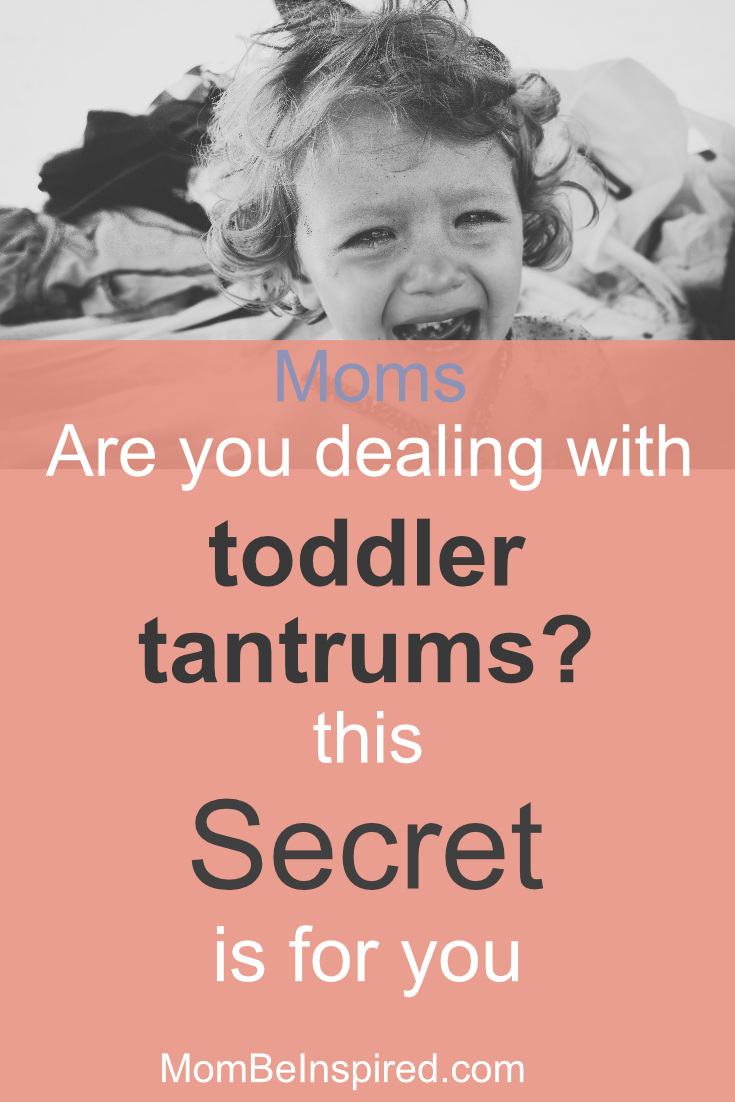 Are you looking for an effective way to deal with toddler tantrums?

Do you know there is a secret remedy for toddler tantrums that nobody is talking about?

I had never heard about the term "terrible twos" before my daughter reached two.

I never expected that toddler tantrums would be part of my parenting experiences.

I studied Buddhism and A Course in Miracles, read sutras, recited mantras, meditated, and worked with people's subconscious mind as a hypnotherapist.

With all the spirituality I had been practicing, I was expecting that my daughter would be like an angel, sweet, gentle, and happy all the time.

So when I realized that toddler tantrum was becoming a part of my parenting experience, I was not prepared and a little bit disappointed.

Just before my daughter reached the age of 2, she started to throw tantrums. She would be laying on the floor, screaming, crying, and kicking. Those tantrums became more and more frequent.

That's when I heard the term "terrible twos".

I went straight to google trying out to find the best way to handle those tantrums.

I wanted to know how to help my daughter the best so she didn't have to go through those seemingly uncomfortable experiences. She was too young for me to do hypnosis on her.

At the same time, there was also my selfish purpose to stop the tantrums. Sometimes it seemed kinda funny to me seeing a child kicking on the floor. Most of the time I was frustrated and impatient. All those years of meditation and spiritual practice only helped me a little bit at the beginning.

After doing some research, I learned that tantrums were very common in children aged 1-3 years. That's why it was called "terrible twos".

Children's social and emotional skills are just starting to develop at this age. They often don't know how to express their strong emotions. They don't have the vocabulary to express their feelings, wants, and needs. They are discovering that their behavior can influence the way other people behave. They are also testing out their growing independence.

As a result, tantrums are one of the ways that toddlers express and manage feelings, and try to understand or change what's going on around them.

Most typical suggestions for reducing and handling tantrums are:

I was not satisfied with those approaches though.

Because of the nature of the work I do, I like to work on the subconscious mind and energy body. Yet none of those suggestions addresses those areas.

I did some emotion code and body code sessions for my daughter. I believe they helped in the long run, but at that time I couldn't see any obvious effect.

So I kept searching, until one day I found out an article addressing a child's anxiety about going to school. That article mentioned a remedy I had never heard about before.

The Secret Remedy For Toddler Tantrums The original Bach Flower Remedies is a safe and natural method of healing discovered by Dr. Edward Bach from the 1920-1930s in England.

Dr. Bach discovered that flowers in nature have the ability to affect our emotional positivity. The energies from different flowers can gently restore the balance between mind and body by casting out negative emotions such as fear, worry, hatred and indecision which interfere with the equilibrium of the being as a whole.

The Bach Flower Remedies allow peace and happiness to return so that the body is free to heal itself.

Here is a quick reference guide and you can know more about it there too.

One day, my daughter was throwing another tantrum, kicking and screaming on the floor. I couldn't stand it anymore and went straight to Sprouts to get a bottle of the Kids Rescue Remedy.

Rescue Remedy is a blend of five different remedies:

This mix was created by Dr. Bach to deal with emergencies and crises. I thought toddler tantrums were similar to crises, and a little bit more patience would help my daughter.

I started to give 4 drops of Rescue Remedy to my daughter whenever she was having a tantrum and it worked amazingly!

The first time I gave it to her, I was expecting an immediate result. Like a result within a second. Well it didn't work that fast. I gave her another dose after a couple of minutes. She calmed down and back to normal within a few minutes!

I also purchased a whole set later and make a custom blend for her. I wasn't being consistent giving her the remedy every day. It still had great result and she was having fewer tantrums.

And when she did have one, I would give her the Rescue Remedy and she would calm down within a few minutes.

It worked almost every time!

I say almost because there were a few times it didn't work that fast and I had to give her the 2nd or third dose. I think a maximum of 3 doses is what she has ever needed.

So, use Rescue Remedy at the time of the tantrum, and other remedies for daily emotional support.

Have you used Flower Remedies? What's your experience with them? Hi! Thank you for stopping by! I'm a mom, vegetarian, hypnotherapist, student of A Course in Miracles and Buddha. Practice forgiveness. I like to make kids puzzle books and coloring books. Share my parenting journey here.

Get your free 48 kids puzzle printables!